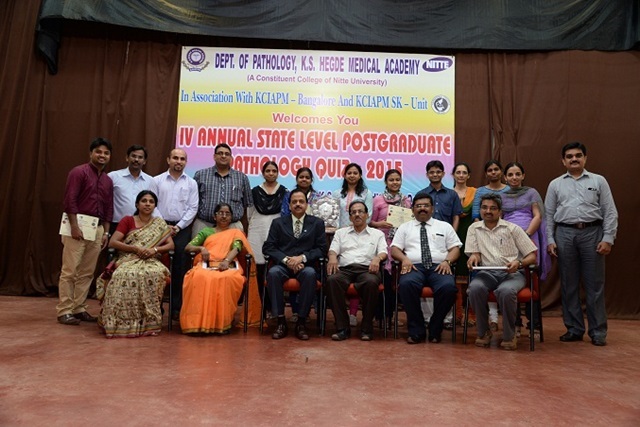 REPORT OF THE EVENT:

Final rounds were started after the tea break. Dr Chatura KR, Quiz master took over the proceedings of the finals. Final rounds comprised of 6rounds with Her/his-story round, Add on round, Pop ups, Gross google, Rapid Whats app? and Tab round. There was close competetion between the final teams. Each round had audience questions. Last round for top 3teams was rapid fire with 10questions targeted at the each teams. In the end, ESICMC & PGIMSR of Bangalore emerged as the winners. K S Hegde Medical Academy, Mangalore and Bangalore medical college and research center, Bangalore has bagged the second and third prize respectively. Final round was witnessed by 100 post graduates and consultant pathologists.

In future, we would like to have many more such events, which will benefit the students to gain more interest in pathology. We are sincerly thanking KCIAPM – Bangalore for their support and giving us the opportunity to host this event.

It has been suggested for the maximum number of participation, PG quiz progremme may be rescheduled to the month December or January. If the date can not be changed, the quiz programme may be ristricted Ist year and IInd year  PG’s only. Necessory amendments for these  may be done in the GBM of KCIAPM after the consensus. 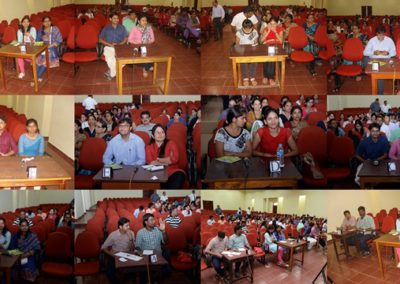 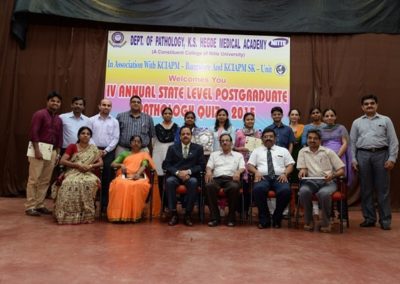 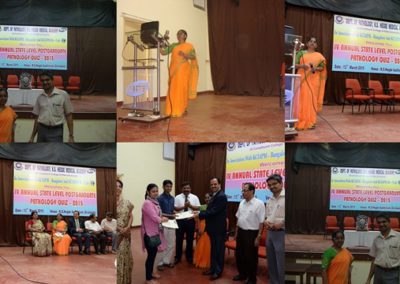 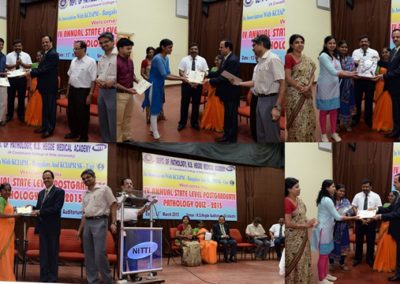