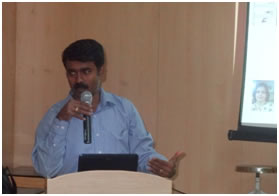 Instead of the conventional Slide Seminar, it was decided to start off the year 2013 PG Teaching Program of KCIAPM  with a novel idea of conducting a work shop. The topic chosen was “LIQUID BASED CYTOLOGY’ . Hosted by The Dept Of Pathology, Bangalore Medical College & Reserach Institute at Bowring & Lady Curzon Hospital, Bangalore. The key resource person was Dr Vani Ravikumar, who is the first person to start LBC in Goverment Sector.

She discussed about the deficiencies of Conventional pap, advantages of LBC, the principles of LBC, the characteristics of LBC slides and finally, morphology of LBC. This included a spectrum of lesions ranging from benign to malignant , as well as reactive conditions and infective lesions, including look alikes in morphology, interpretation of HCGs (Hyperchromatic Crowded Cell Groups) etc. Finally she also discussed the Bethesda System of reporting Pap smears, whats in and whats out in the terminology. Pitfalls of LBC and non gynaec uses of LBC was also discussed briefly. She concluded by mentioning about HPV Co testing and HPV vaccines.

Then the delegates were divided into 2 batches. They had one session of LBC demonstration at the Cytology lab of B&LCH, by Mr Sachin Rana, BD Representative. The other batch had a powerpoint discussion on morphology of LBC slides , in a Quiz format. The batches exchanged in the next session.

Microscopes were arranged for slide viewing. Thirty LBC slides with various lesions were made available to the delegates for direct viewing in the microscopy, to get the actual appearance of cells in LBC slides.
Finally, certificates of Participation were handed over to the delegates, by Dr Ravikumar HN, Director RV Metropolis  & Dr Vani Ravikumar.

Breakfast and lunch were sponsored by B&LCH. Feedback forms were collected by the participants of the workshop. 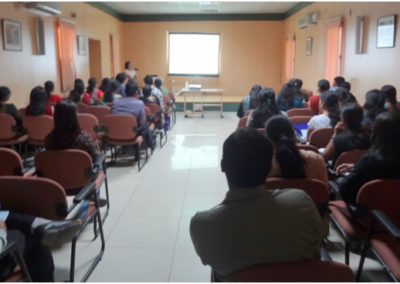 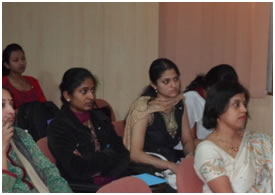 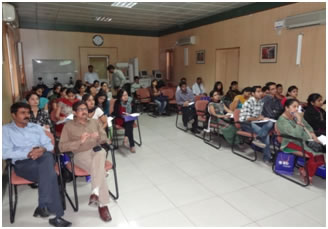 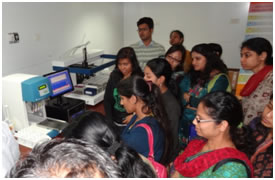 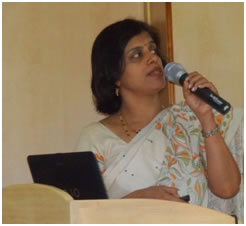 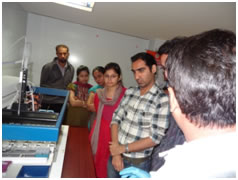