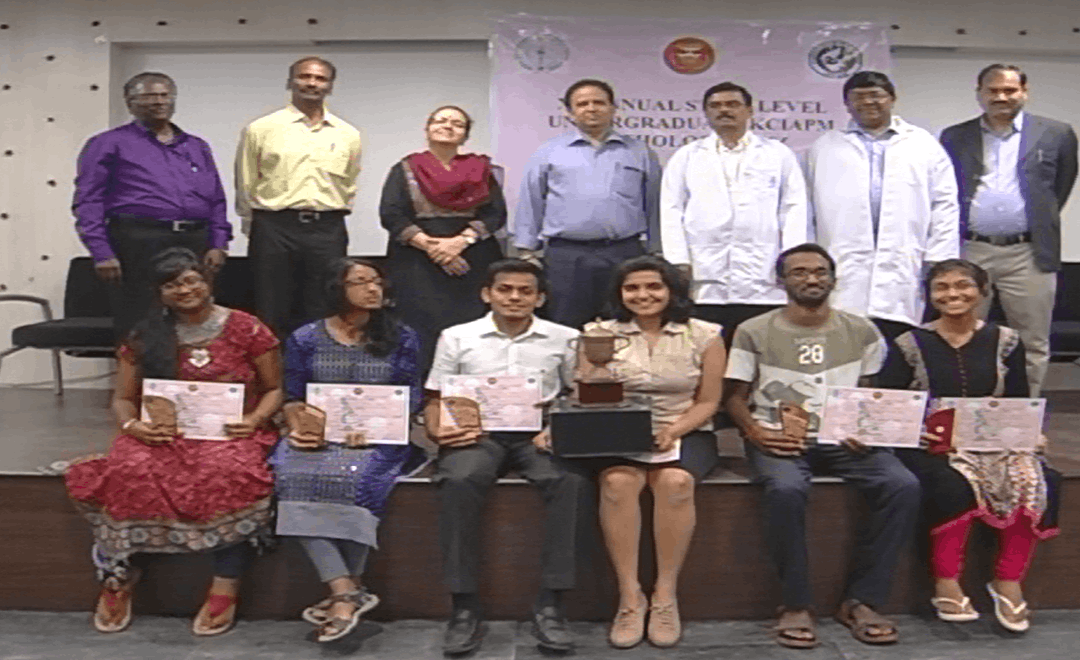 The XIth Annual State Level KCIAPM undergraduate intercollegiate Pathology Quiz was conducted on 12th October 2018 at ESIC Medical College and PGIMSR, Rajajinagar, Bangalore 560010.
An organizing committee was constituted and various responsibilities were distributed. The committee met on various occasions to design the course of the event.
Initial intimation was sent to various medical colleges in Karnataka, through phone. A detailed brochure containing the registration form was prepared and was dispatched through speed post to all the Medical Colleges in Karnataka about a month and a half before the conduct of the Quiz programme. Requests were also made through phone to HoD’s of Pathology department of various medical colleges to send their students for this programme.
The brochure was displayed on KCIAPM website and Pathoindia website for information to various colleges, faculty and students. A dedicated e mail ID was created for this quiz programme for easy communication with the participants.
A maximum of two teams recommended by the Head of the pathology department of respective colleges was considered as official team representing the college.
A total of 47 teams (94 students) from 26 medical colleges had registered for the quiz programme. This has been the maximum number of registrations for KCIAPM Quiz till date.
Arrangements for stay of participants, separately for boys and girls were provided within the college campus.

Proceedings on the day of Quiz:
8.00AM to 9.00AM:
Students reported to the registration desk at 8.00AM. Breakfast was arranged at the venue and after finishing registration formalities; students had their breakfast and proceeded to the 250 capacity multipurpose hall for conduct of Preliminary Round.
9.15AM to 10.15AM:
Preliminary round – Question booklets in the form of MCQ’s with 60 questions were issued to the students with a time limit of one hour. Results of the preliminary round were announced at the inaugural session.
10.30AM to 11.15AM:
The event was inaugurated in the presence of the following dignitaries. Dr. Ravi Kumar, KCIAPM president and Chief of RV Metropolis, Bangalore; Dr Vijay Shankar, Secretary of KCIAPM and Prof & HOD, Pathology Department AIIMS, Bellur; ; Dr Jeetendra Kumar, Dean, ESIC MC PGIMSR, Bangalore; Dr Rachitha Biswas Medical Superintendent, ESIC MC PGIMSR, Bangalore; Dr Srinivasa Murthy V, Director Professor and Head & Organising Chairman, Department of Pathology, Dr Deepak Kumar B, Professor of Pathology & Organising secretary. Dr Srinivasa Murthy welcomed the dignitaries. Dr Rutuja and Dr Ragavi, our postgraduates invoked the blessings of the almighty. Lighting of the lamp was done by the dignitaries and two undergraduate participants. KCIAPM President Dr Ravikumar, Secretary Dr Vijay Shankar, our beloved Dean Dr Jeetendra Kumar and Medical Superintendent Dr Rachitha Biswas spoke on the occasion and wished all the participants good luck. Dr Panduranga, Associate Professor, Joint Secretary and Treasurer delivered the Vote of Thanks and marked the end of inauguration ceremony. 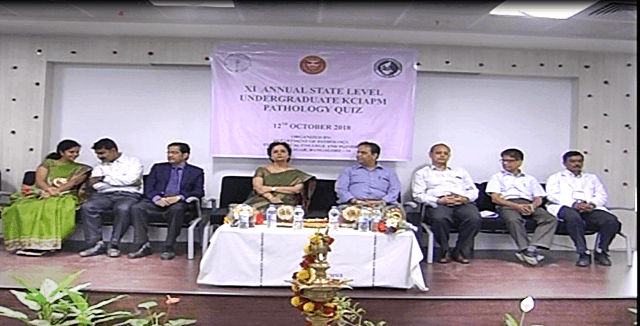 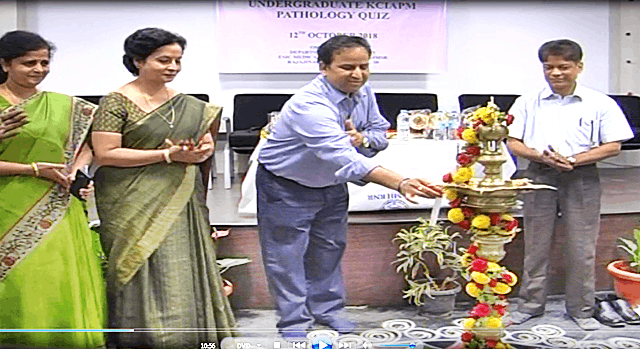 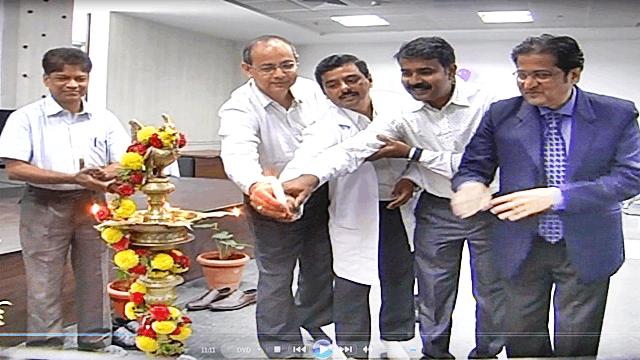 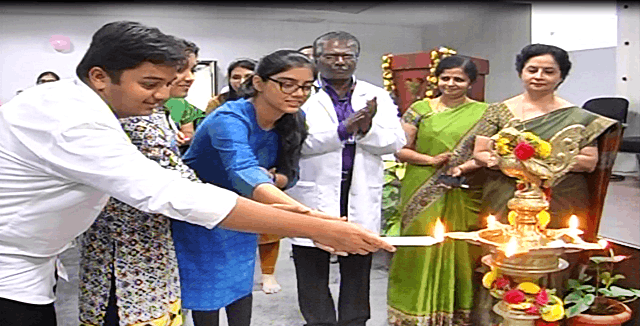 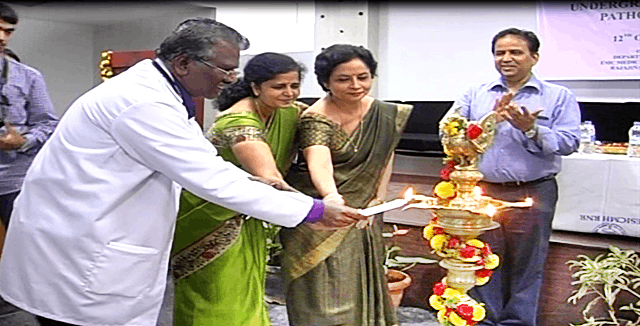 The results of the preliminary round were announced after the tea break. The 06 teams selected for the final round were

The final quiz was conducted by Dr Deepak Kumar, Professor and Organising secretary. Final quiz was divided into 5 rounds consisting of contribution of pioneers to the field of pathology (Scientists), eponyms, gross and microscopy, pictorial round, General and system wise systemic pathology, haematology, special stains, cytogenetics, molecular pathology and Immunohistochemistry. Round 4 and 5 were designed as buzzer rounds and rapid fire rounds respectively. At the end of each round, an audience question was put up and every right answer by the audience was awarded with a gift.
The finals were closely contested and the winners of XIth Annual State Level KCIAPM undergraduate intercollegiate Pathology Quiz were 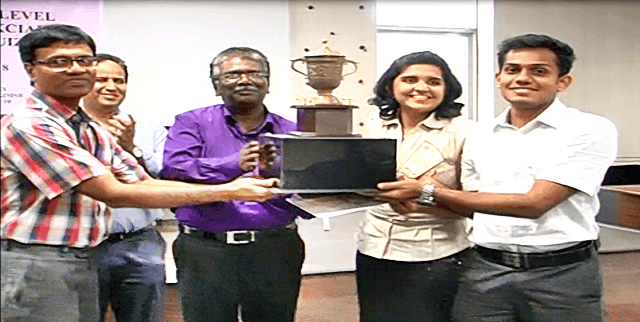 Second Prize winners were awarded a memento, winning certificate and a cash prize of Rs 3000/- with text books from Jaypee brothers.

Third Prize winners were awarded a memento, winning certificate and a cash prize of Rs 2000/- with text books from Jaypee brothers. 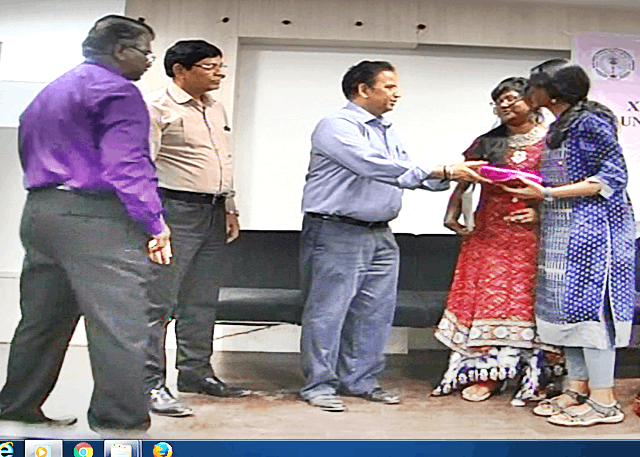 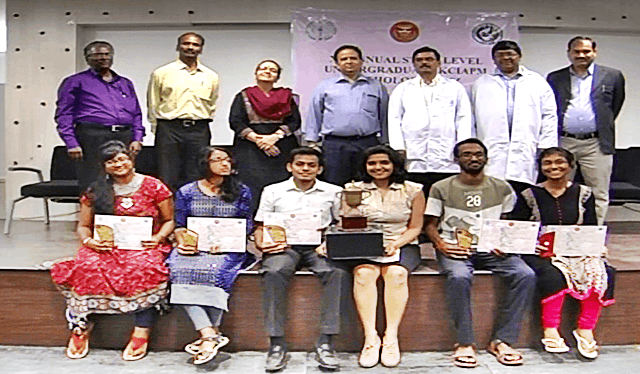