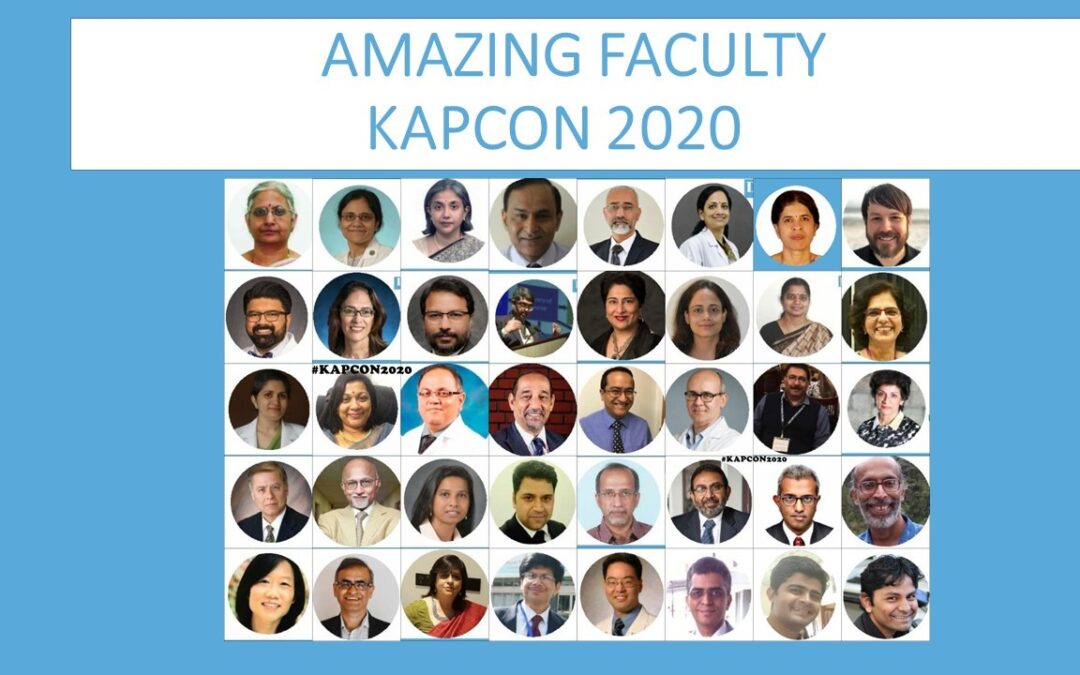 The 47th state conference of KCIAPM (Karnataka Chapter – Indian Association of Cytologists and Microbiologists), KAPCON 2020 was conducted from 2nd October 2020 to 4th October 2020. In view of the Covid19 pandemic, the conference was converted to a completely virtual event, First of its kind in India and the biggest full fledged pathology conference of the year .

The conference had 1354 registered delegates representing each and every state in the country with 12 International Registrations from Nepal, USA, West Indies, Nigeria and Kenya.

The conference had 40 Faculty of National and International repute who participated in 15 different sessions on various subspecialities. 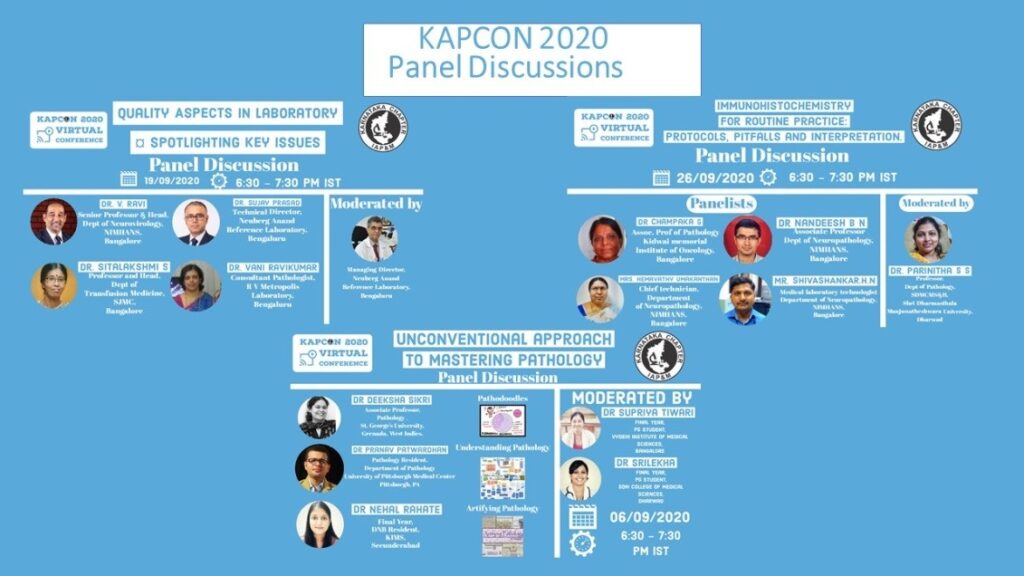 Three Panel discussions on relevant topics were also held every weekend before the conference to engage the audience and the one on Immunohistochemistry was Moderated by Dr Parinitha S S, Professor Pathology.

Many competitions were organized to engage the audience. In addition to Paper and Poster Presentations and PathQuiz, we for the first time initiated new competitions PathSketch, PathTweet, PathKalakar and PathBlogs, All of which were extremely well received. 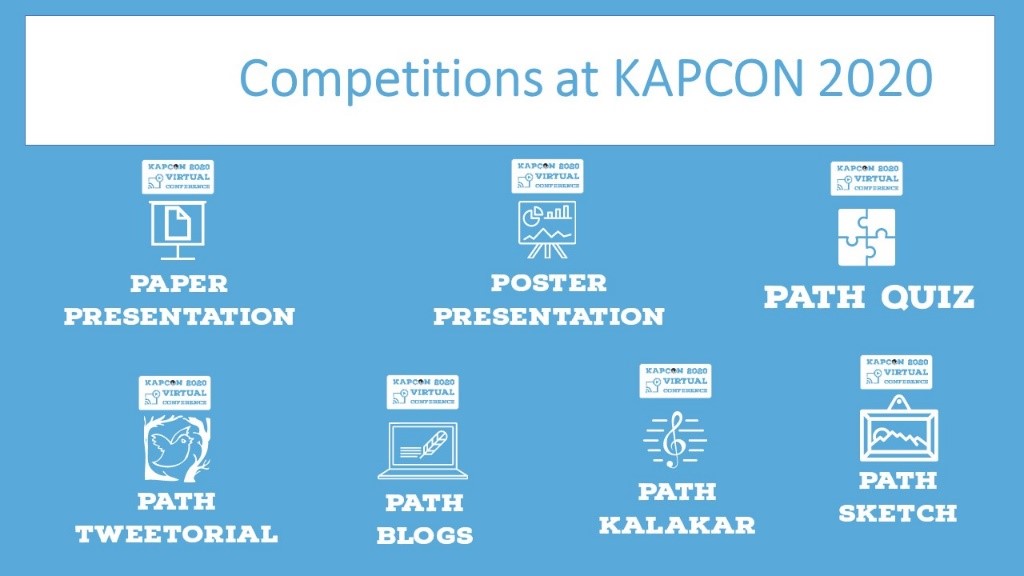 Paper Presentation – 254 Abstracts were received and 213 papers were selected after due diligence and all of which were presented virtually by the delegates in 22 different sessions of 10 delegates each over 5 days all of which was managed from our broadcasting room by our Pathology Post graduates.

Poster Competition was also completely online and we received 300 posters all of which were uploaded to the website directly by delegates and judged online. Same with PathSketch (Basically Art work in pathology slides) which received 120 + responses. 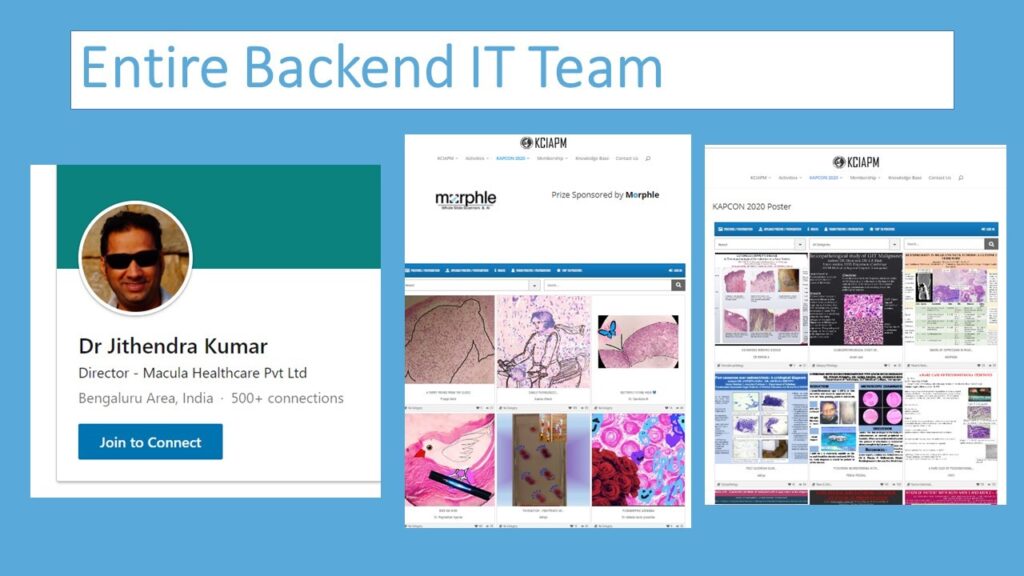 To help Pathologists beat stress during Covid19, we had organized PathKalakar where in 110 + pathologists from across the country shared their musical talents in a closed Facebook pages since August. Dr Parinitha S S , Professor, Pathology Planned and implemented these innovative competitions. 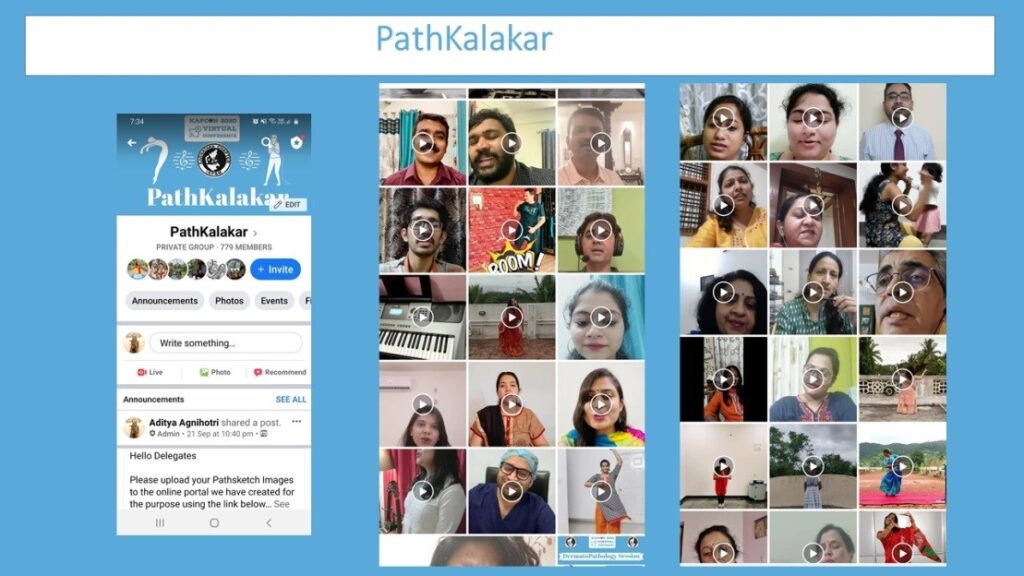 This was truly a GREEN CONFERENCE, as not even a single piece of paper (Except 20 Used papers which were printed for regulatory reasons) was printed for the conference.

The conference valedictory function was a cultural extravaganza which was also held virtually. The highlight was performance of Raag Tarang Team of Dr.Ranjana Ranade, and & Dr Archana Bharadwaj who performed during the ceremony followed by 6 performances from delegates.